How to Change OS TCP/IP Fingerprint

Client opens a connection, sends TCP SYN, and somebody inbetween analyzes it. This technique is named p0f. Only TCP SYN is unique for each OS, so OS name & version & even uptime can be extracted from it. In particular:

All subsequent packets from client to the server are not unique: TCP ACK,RST,FIN etc.

Uptime is detected by a TS (timestamp) option in tcp options sequence, which contains 2 values, and TSval correlates with uptime.

Attacker (well, it is not an attack, but anyways) sends a TCP SYN to the object, connection established, TCP SYN+ACK is sent back & analyzed by the attacker. The same factors do matter as for TCP SYN, but signatures do differ.

Those use p0f3 or very similar:

Uses its own set of signatures:

The software is scapy, a python module.

There is a good easy to use software called OSfooler-ng + its many forks. It is abandoned now. Also it uses ancient p0fv1 database. Also it simply can’t process TS options which are VERY important for simulating MAC/iOS. In fact it is only useful for simulating Windows.

There is a python module scapy-p0f, which uses p0f3 database, but still can’t process TS options. Yet it doesn’t have a ready to use program.

So the solution would be to take OSfooler-ng, modify it, so it works with scapy-p0f. I have done it, please DM me! 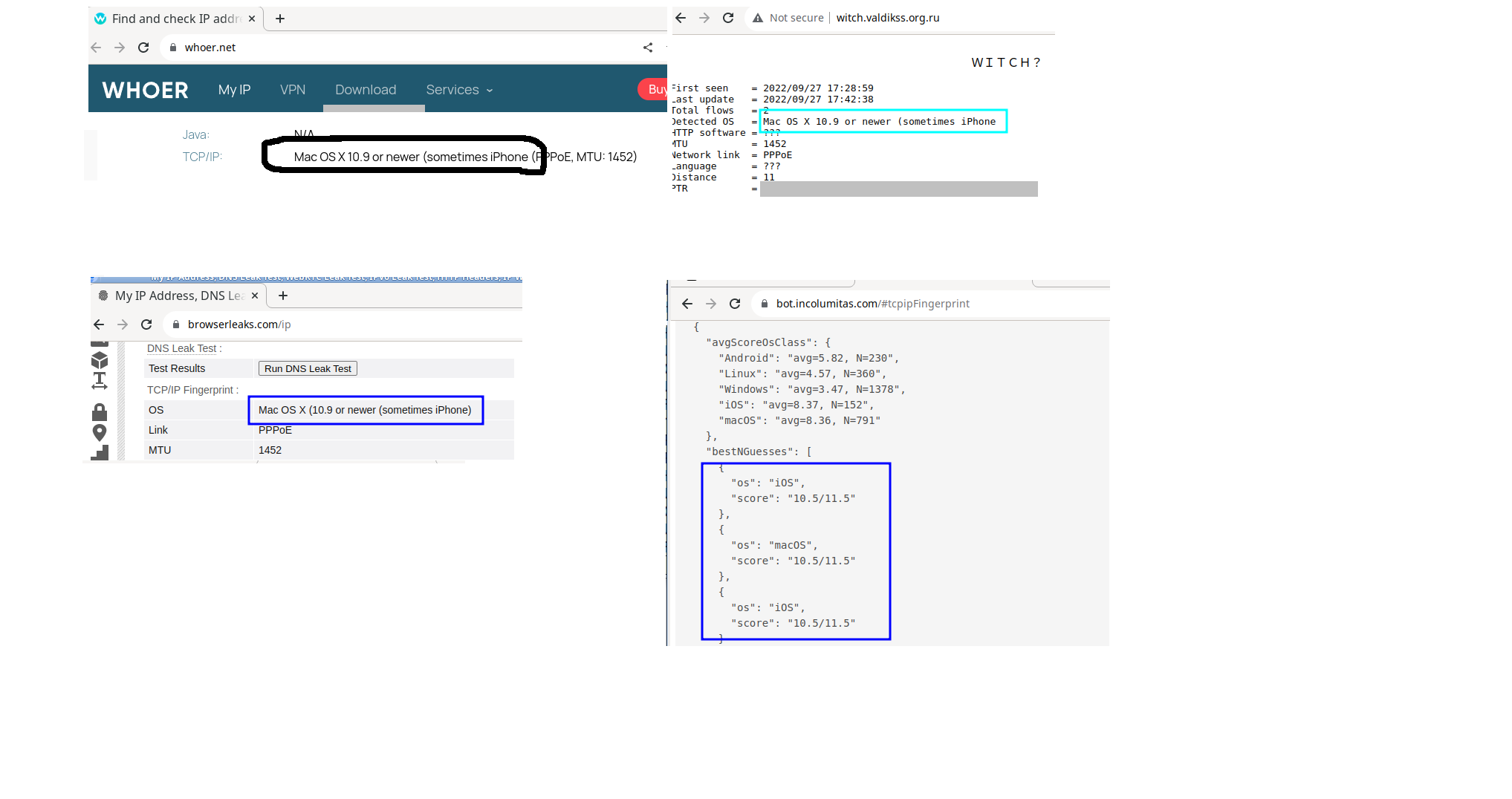